The 2018 RORC Caribbean 600 is over and the 10th edition was certainly a challenge for all those involved. With unseasonable strong trade winds and a larger than usual sea state to match the conditions pushed the record fleet.

The race started at 1100 on Monday, and if any of the crew were in any doubt about what lay ahead the first squall came over the fleet whilst still in the starting sequence.  LV Yachting had 2 boats on the race course Marc Lombard designed IRC 46 with an Irish crew from Howth Yacht Club, and the Swan 66 Enigma with a mixed crew including 8 different nationalities onboard.

The first night saw the first victims of the race, catamaran Fujin was rounding Saba when a gust of wind roared down the steep side of Saba and before the crew could react, Fujin was on her side and then capsized. Fortunately all crew crew were safely recovered by the Dutch coastguard.

The conditions were looking like they could be record breaking. From the start Rambler 88 was out pacing the Rambler 100 monohull race record, could they avoid any breakages and would the conditions allow them to take the record? Their luck was in and Rambler 88 managed to finish in 1 day 13 hours 41 minutes 45 seconds, smashing the monohull course record set in 2011 by 2 hours 38 minutes.

Whilst the crew of Rambler enjoyed the celebrations, the majority of the fleet were only just round St Maarten, the most northerly section of the course and still had several days of racing ahead. The race continued to take victims big and small with many boats being forced to retire due to gear failure or sail damage.

Pata Negra and Enigma both managed to battle through to the end, exchanging positions on the water several times. The team on Pata Negra were pushing hard for a podium position with the live results showing them flicking between 2nd to 4th on the water depending on the leg.

Pata Negra finished at 14:58 on Thursday 22nd  after 3 days 3 hours and 28 minutes and claimed 2nd in IRC 1 a truly fantastic result.  Enigma finished shortly after at 15:44. Just to finish was a mighty feat with 50% of the fleet retiring.

When back on the dock Darren Wright reported – “The conditions were very tough with the wind constantly in the mid 20s gusting up to 40knots in the squalls.  Although the wind and waves made it uncomfortable on the upwind legs, the downwind legs were unbelievable with Pata Negra hitting sustained speeds of 20 knots.”

If the RORC 600 is on your bucket list, then LV Yachting have race yachts available for the 2019 Race from  40 – 70 foot. With 2 teams already signed up please get in touch to start planning your race campaign. 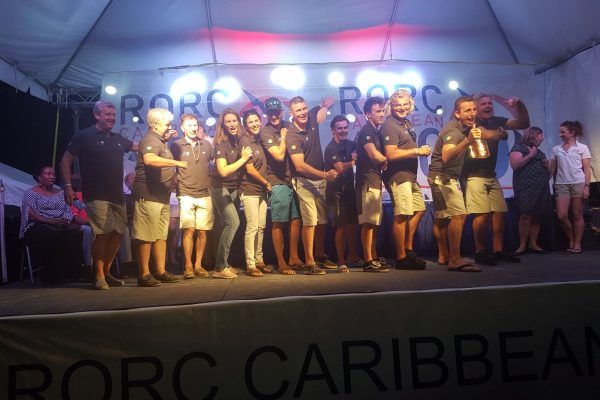 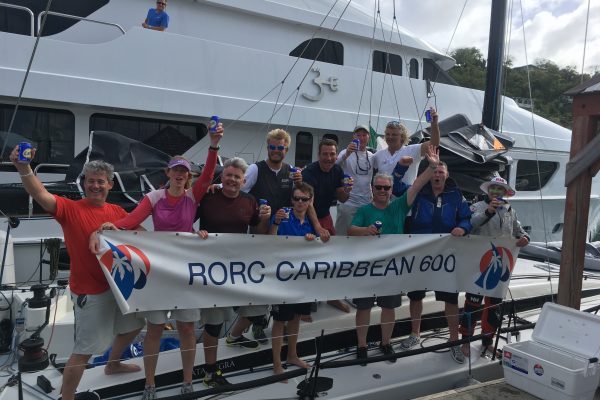 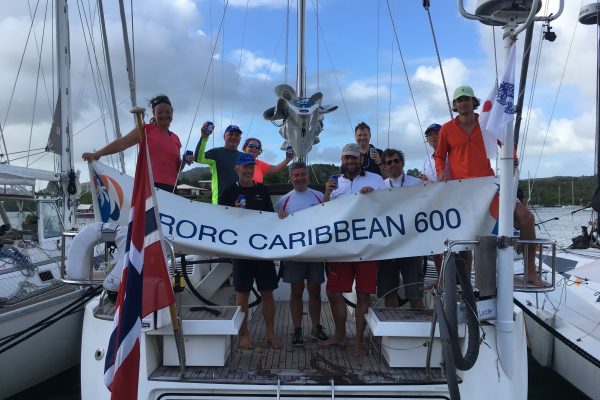 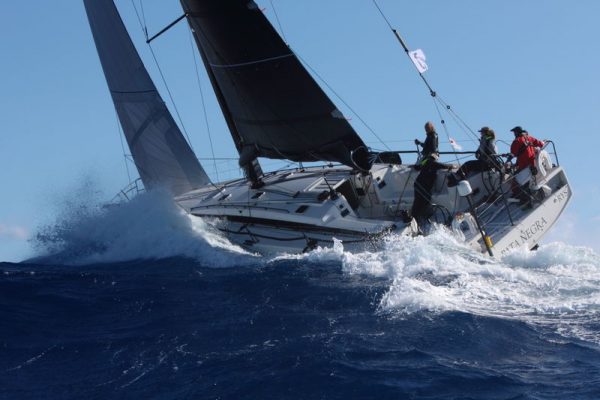