6 months on from Hurricane Irma that destroyed much of St Maarten, the regatta still went ahead as planned. The people of St Maarten have done a phenomenal job of rebuilding the island and preparing for the regatta.

In a show of solidarity, Port De Pleasance stepped up and became a sponsor of the regatta which created a spacious new base with a fantastic regatta village, live music, food stalls and beer allowing all the sailors to come together after racing in one central location.

LV Yachting had 2 teams entered in to the St Maarten Heineken Regatta, Pata Negra with an Irish crew from Howth Yacht Club onboard and Phan the GP42 racing under the name Tala with a British sailing team.

The forecast for the regatta was looking interesting with a huge low pressure building off the coast of New York set to disrupt the easterly trade winds to the Caribbean.

Commodores Cup on Thursday was, as usual, 3 windward leeward races close to Simpson Bay. The conditions were tricky with a light shifty breeze and short courses so all mistakes were punished. Tala came in 4th in class 1 unable to stretch her legs and get away from the Melges 32’s that were revealing in the conditions. Pata Negra had a steady performance with a 2, 2, 3 and finished 2nd in class 2.

Friday is normally a race around St Maarten but the race committee made the correct call with the forecast light airs to do a shorter coastal race starting off Simpson Bay. The wind at the start was 8 – 10 knots from the ESE so a steady breeze took the fleet downwind. As the fleet approached the NW corner of St Maarten the wind tracked forward and became light and shifty. Spinnakers were dropped and the fleet started their upwind leg into Marigot Bay with weight distribution and sail trim being key. The fleet turned the corner and were downwind again, the breeze filled in but will a large wind hole just South of the corner taking many boats including Pata Negra victim. Pata Negra went slightly to close into shore and got stuck for 20 minutes with the fleet behind her sailing further offshore and around the wind hole. Tala had a great race and successfully took 1st in class!

Saturday is normally windward leeward races in the Anguilla channel but the wind was forecast to be the lightest wind day of the regatta and it was unclear if any racing would happen at all. The race committee got the fleet on to the water but kept them close to Simpson Bay. The planned start time of 1000 passed with the water looking very glassy. However by 1100 a very light breeze set in from the West. The race committee did an amazing job and managed to get 2 short windward leeward races in.

Sunday was the day all the competitors were looking forward too with 15 – 20 knots blowing from the North West (a very unusual direction for the Caribbean). Everything was to play for today with Tala only 1 point off first place and Pata Negra thriving in the breezier conditions. The race committee got 3 fast and furious windward leeward races in quick succession. Tala’s day however did not go to plan, Tala was taking off downwind at 15 -18 knots making the legs disappear in sub 4 minutes and unfortunately the crew had some issues with dropping the spinnaker, in the short races every mistake was punished and Tala unfortunately dropped off the podium. Pata Negra revelled in the conditions, managing to pull of a 1, 1, 2 putting them in 2nd position in class for the regatta.

Overall, I think St Maarten did a fantastic job of hosting the regatta and putting on some world class racing in the challenging wind conditions. See you next year. 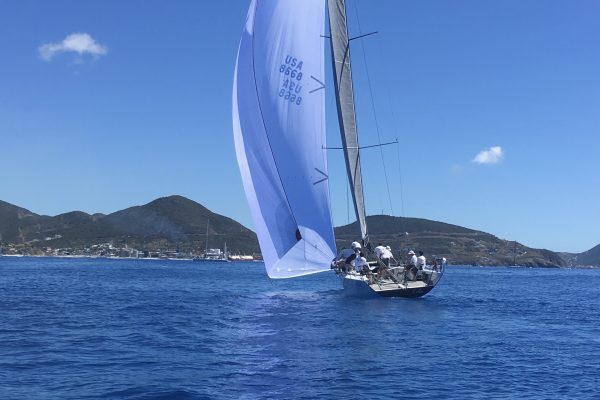 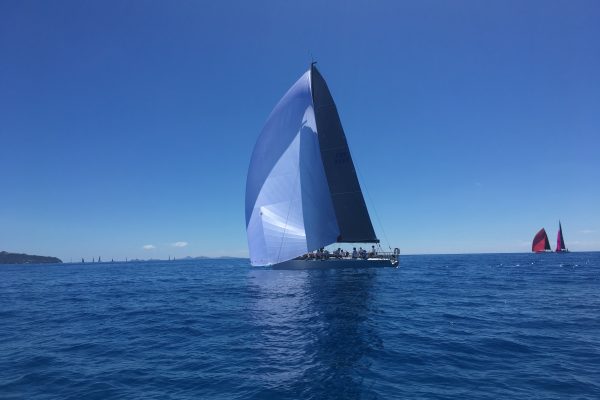 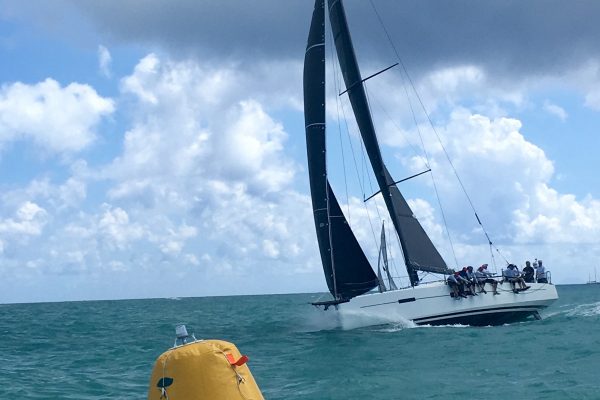 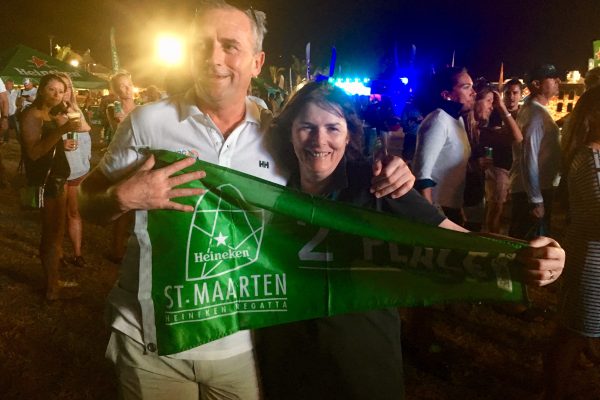