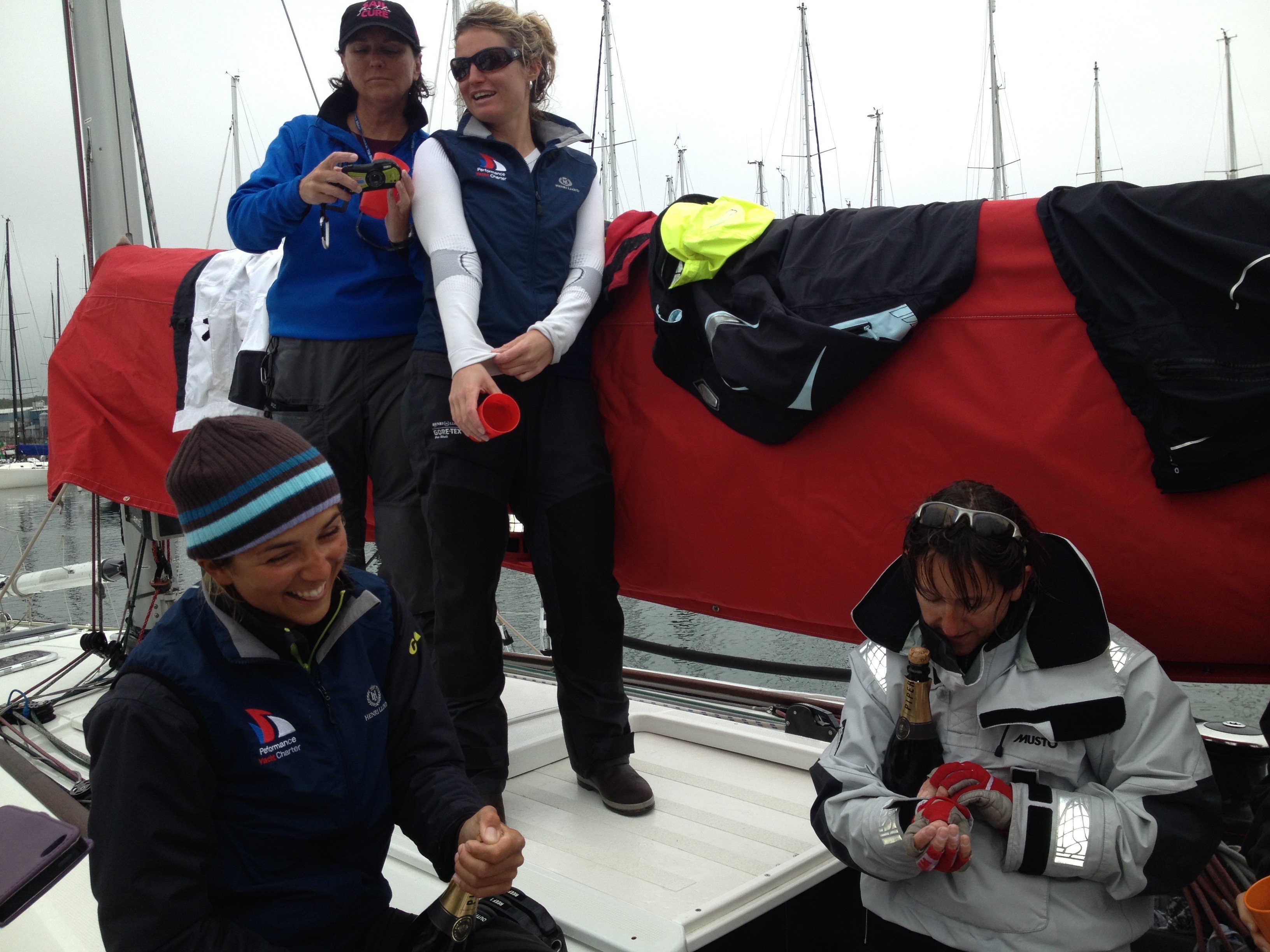 Women in the 2019 Rolex Fastnet Race

We at LV Yachting have long championed female sailors, and as well we should, as Lucy is one herself! For women looking to get into sailing professionally more opportunities are gradually becoming available and statistics released by the RORC earlier this week show twice the number of women are racing proportionally than 20 years ago, a fantastic achievement in sailing!

The RORC made the point that, whilst role models provide the inspiration and the motivation for women, creating demand to get on the water, there still needs to be opportunities to go sailing and LV Yachting are glad to provide these opportunities! Lucy skippered Southern Child with an all female crew for the Fastnet in 2013 and they were the first female crewed boat overall, winning the Naite De Arambalza Trophy for Best Yacht with a Female Skipper! For those who are new to the world of racing there are plenty of opportunities to pick up an individual berth or  bring your own team for a whole boat charter at events such as the Fastnet as well!

This year, LV Yachting have a number of female sailors taking part, including Catherine Keohane, an accomplished cruiser and newbie racer, setting out on her first Rolex Fastnet Race with us, on Sailplane, with the aiming of skippering her own campaign next time. We also have Nannette Netal, a sailor from San Diego, USA who has taken an individual spot on Farr 60 Venomous and is competing in her first Rolex Fastnet Race!

There is a superb full write up on these two awesome women on the RORC site – here – but we have taken a small paragraph from the press release on each below!

Both will be taking part in the upcoming Cowes-Dinard-St Malo Race which starts on July 12th and has the largest race entry in history this year! One of the oldest races in the RORC calendar, the Cowes-Dinard-St Malo has its origins in a pre World War I race from Cowes to St Malo bay!

We’ll keep you updated with how both Sailplane and Venomous get on! While Lymington-based retired winemaker Catherine Keohane has sailed since she was about eight-years old and has since cruised in many parts of the world, covering some 20,000 miles, she only began racing keelboats three years ago. “I started with round the cans doing Hamble Winter Series and then signed up to the Fastnet and got hooked on offshore racing.” However she has competed in most of the international 600 mile offshore races and in the last six months this has included the Rolex Middle Sea Race and the RORC Caribbean 600 (a race she and her husband Patrick intend to return to next year).

For this year’s Rolex Fastnet Race the Keohanes have chartered First 40 Sailplane and put the crew together to “see how it works. We have had a few ups and downs.”

Their team are joining us for three events, two of which they have already completed. For the first, the Myth of Malham, they came 5th in class and this weekend they took part in the Morgan Cup, coming 9th in Class and 2nd in the First 40s Group. A fantastic achievement!

For the Fastnet race itself? Catherine said, “If we can get in the top one third of our class, I would be very happy with our achievement.”

Keep an eye on our social media to see how Sailplane get on with their final training race, the Cowes-Dinard-St Malo Race, which starts on the 12th of July. Nannette Netal is heading over from the west coast of the USA to compete in the Rolex Fastnet Race as a first timer this year. The San Diego-based software engineering manager has chosen to spend her summer as part of the crew of the Farr 60 Venomous on a campaign for the race put together by LV Yachting in collaboration with Windward Sailing.

Netal began sailing in her 20s while she was living in Orange County, CA and says she fell in love with the sport instantly. “When I moved to San Diego in 2000, I started racing.  The racing community is quite active there. For offshore racing I have done the annual 125 mile Newport-Ensenada race about a dozen times and I have done a couple of races in the Caribbean. I enjoy flying a spinnaker the most – it feels much like flying kites as a kid except what you are standing on moves with you.”

As part of her qualification she is competing in the Cowes-Dinard-St Malo race on board Venomous on the 12th of July, so we will keep you updated over that weekend with how they get on!  Following the Rolex Fastnet Race she will compete at Cowes Week.